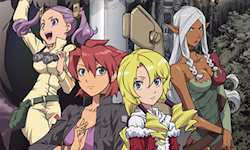 The story is set in an alternate world called Geminar, where countries have fought endless wars with replicas of humanoid Seikishi weapons that they found in ancient ruins. 15-year-old Masaki Kenshi, the half-brother of Tenchi Muyou! protagonist Masaki Tenchi, is summoned from another world to Geminar.

Check out A Certain Scientific Railgun 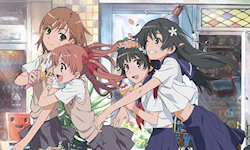 Following the lives of four special friends, their adventures in Academy City — a city where about 80% of its 2.3 million citizens are students working to develop psychic powers and advanced technology — are told: Electro-master Misaka Mikoto — a headstrong Level 5 esper and the third strongest in the city, Shirai Kuroko — a Level 4 Teleporter and Mikoto's perverted roommate, Uiharu Kazari — Kuroko's shy Level 1 partner at Judgment, the city's public safety committee, and finally Saten Ruiko — Kazari's mischievous friend, a Level 0.

Recently, several urban legends have surfaced in Academy City: a mysterious stripping woman, a boy who can negate any force, and a way to up one's psychic level. One by one these legends are confirmed as true. Especially the latter case has some disturbing ramifications, since increased powers lead to more severe crimes... 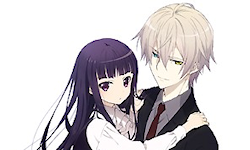 Shirakiin Ririchiyo is a daughter of a prestigious family who has grown up isolated and subject to bullying from the servants and jealous schoolmates. She reflexively hides behind a pretentious façade and a sharp tongue that she regrets. To keep from hurting others and give herself time to change, she has decided to live alone in the Maison de Ayakashi residential tower where each resident is offered the protection of a private SS (Secret Service) bodyguard.

However, neither the residents nor the SS agents are what they seem. Each, including Ririchiyo, is an Atavist, a descendant of both human and Youkai (Spiritually empowered beings native to Japan) who have inherited some of the Youkai's abilities and even memories. The residence acts as a secure haven for Atavists from pure-blood Youkai and other Atavist families.

When Ririchiyo moves in, despite declining an SS agent, Miketsukami Soushi introduces himself to her as her assigned agent and a descendant of a nine-tailed fox. Even though she has never before met him, he seems to know everything about her, claims that she once saved his life, and declares that he will be her faithful dog from this day forward.

A note about the dual meaning of the title: In the context of the story, the Hiragana pronunciation ã€Œã„ã¬×ã¼ã ã‚·ãƒ¼ã‚¯ãƒ¬ãƒƒãƒˆã‚µãƒ¼ãƒ“ã‚¹ã€ or Inu × Boku Secret Service means I am your doggedly loyal SS agent. Inu means dog but is written in Kanji as çŠ¬. The written Kanji ã€Œå¦–ç‹×åƒ•SSã€ means I am your fox spirit SS agent. å¦–ç‹ or youko actually means fox spirit. 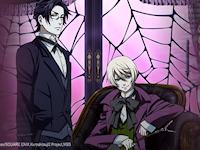 In late-nineteenth century England, one year and three months after the dramatic conclusion of the original series, Kuroshitsuji II introduces a new butler and young master. The sadistic yet cheerful Alois Trancy has faced some harsh times. He was kidnapped as a baby, and was forced to work in a village as a slave. Gradually, he lost his parents, his best friend, and everyone he knew. Alois eventually returned home and became the head of his mansion, but seemed to exhibit some strange behavior ever since. Even more curiously, he returned with Claude Faustus, an enigmatic, emotionless butler with unfathomable talent...